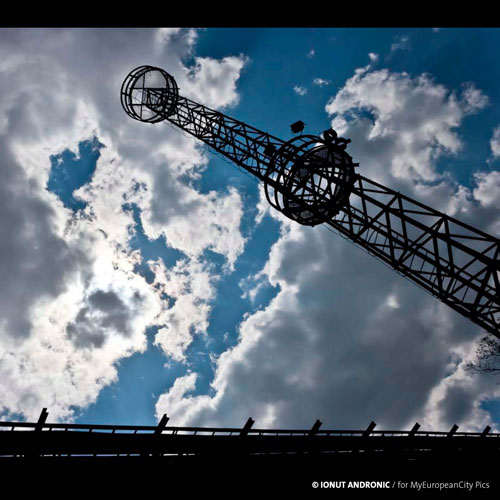 Graine d’Europe and its partners from the network My European City were in Iasi (Romania) from the 26th to the 28th of may 2015.

Greeted by the FICCE (Foundation Iasi – Cultural Capital of Europe), this second meeting of the 2015 season was full of exchanges and sharing on the topic of audiences.

The european heritage, common or not, is not perceived identically by everyone.  Interests on this topic vary, according for instance to location, age category of the audience and available supports for citizens.

During 3 days, the members of the network and their partners presented their local and european experiences. They talked about situations, methods and tools developped to cope with questions and difficulties.

Several times, called “workshops” where open to Iasi citizens for a “real life action” illustrating concretely the reflexion on audiences.

For the occasion, the partner from Nantes “Stereolux” intervened during a workshop about the support for seniors to learn new technologies. This partnership marks the beginning of a fruitful collaboration.

This event is organized by the partners of  My European City :
Graine d’Europe (France), The Foundation Iasi – Cultural Capital of Europe and the city of Arad (Romania), The Incubator for Culture (Poland), Jelgava Municipality (Latvia), The city of Nottingham (England).